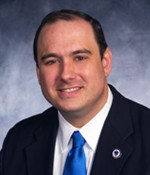 Jamie Eldridge has represented the Middlesex & Worcester District as State Senator since 2009, previously serving as the State Representative for the 37th Middlesex District. A strong supporter of LGBTQ equality, he was proud to be one of the leaders of the legislative team that helped defeat the anti-gay constitutional amendments and protected marriage equality in the Commonwealth. Additionally, he has been an advocate for both the transgender anti-discrimination bill of 2011 and the public accommodations bill of 2016. MassEquality PAC is happy to endorse a longtime LGBTQ champion in his campaign for re-election in Middlesex & Worcester.